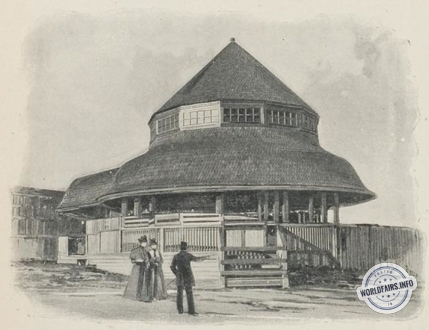 Agriculture, food and the industries related to these two branches of human activity will be installed, as we have had occasion to say, in the Galerie des Machines, or rather in the two extremities, since the middle is taken by the Salle des Fêtes. The part which ends at the Avenue de Suffren is reserved for foreign exhibitors, and the other for our nationals.

Although the area thus allocated to this exhibition still measures considerable dimensions, especially as they are increased by the surface area of the galleries on the first floor, the interested parties judged, not without reason perhaps, that their share was too small in relation to the social and economic importance of the producers and manufacturers represented. At one point, there was talk of allocating the Tuileries garden to agriculture, but this project was very badly received by the Parisian population and was immediately abandoned. It was returned to the Galerie des Machines, to which was added a vast strip taken from the Boulevard La-Motte-Picquet, behind the Galerie des Machines.

It is in this area that a series of annexes began to be built, including the one shown in the photograph opposite, which will be counted as one of the most elegant in terms of its exterior appearance. It was built by Swedish workers, and reproduces a type of construction very common in Sweden. Inside, the Alfa Laval centrifugal skimmers, propagated all over the world by the "Separator" company of Stockholm, will be in operation. The dairy industry in France, as in the rest of the world, has been using centrifugal force for many years to separate cream from milk. All the butter factories, which have multiplied on our territory, are equipped in this way. The principle of this application of a natural force belongs to Doctor de Laval, but the improvements brought by the Alfa system have doubled and even tripled the output of the machines, with the same amount of driving force.

The spectacle of this miniature factory will certainly be much appreciated by the curious, as well as exciting the interest of specialists. The King of Sweden pays special attention to this branch of the national industry, and it is at his wish that this Swedish dairy has been organised.