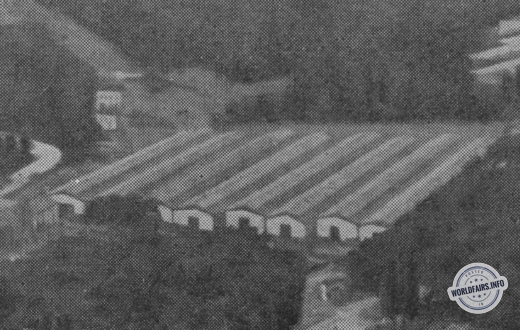 In a vast hall, a real international station divided into 5 sections, each containing 4 tracks, i.e. a total of 20 tracks, separated by pavements, all the French, European and American railway companies exhibited their complete equipment: high-speed and goods locomotives, complete trains, luxury cars, etc. To the left of the hall, the French section, occupying four tracks: specimens of new high-speed, P.L.M, Northern and Eastern machines.

Next to the machines, the wagons, always more comfortable, stretched with fresh draperies or upholstered with "French Lincrusta Walton", the beautiful luxury cars of the great express, etc. See especially the powerful machines of the East, reaching speeds of 120 km/h.

Russia comes next with 2 tracks; then the United States (2v), present their gigantic oil-fired locomotives, whose driving wheels are nearly 3m in diameter, mixed locomotives with 10 coupled wheels, real monsters in charge of towing freight trains on the steep ramps of the Rocky Mountain lines. Of particular interest is the giant map of the railway networks in the United States with the relief of the rivers and railways. It is 42 metres high and 69 metres wide; each railway line is indicated by special electric lighting; at specific times, another electric lighting device marks the location of the various trains running on the territory of the United States at the time indicated.

Russia exhibits new types of three-cylinder fast running locomotives for mail trains, as well as 1st class wagons with sleeping compartments equipped with all the most modern improvements (St. Petersburg-Moscow line). The Nicholas Railway is still exhibiting the removable part of its iron bridge over the Volkosa River. Italy sends us its mountain trains; Algeria, its South Algerian, etc. Great Britain comes next, then the United States. Great Britain comes next, then Belgium, and behind it, Switzerland, with its curious mountain trains (cog railways).
To the right of the hall, Austria, Hungary, Germany and Italy (mountain trains), Algeria with the new equipment of the Sud-Algérien, etc.